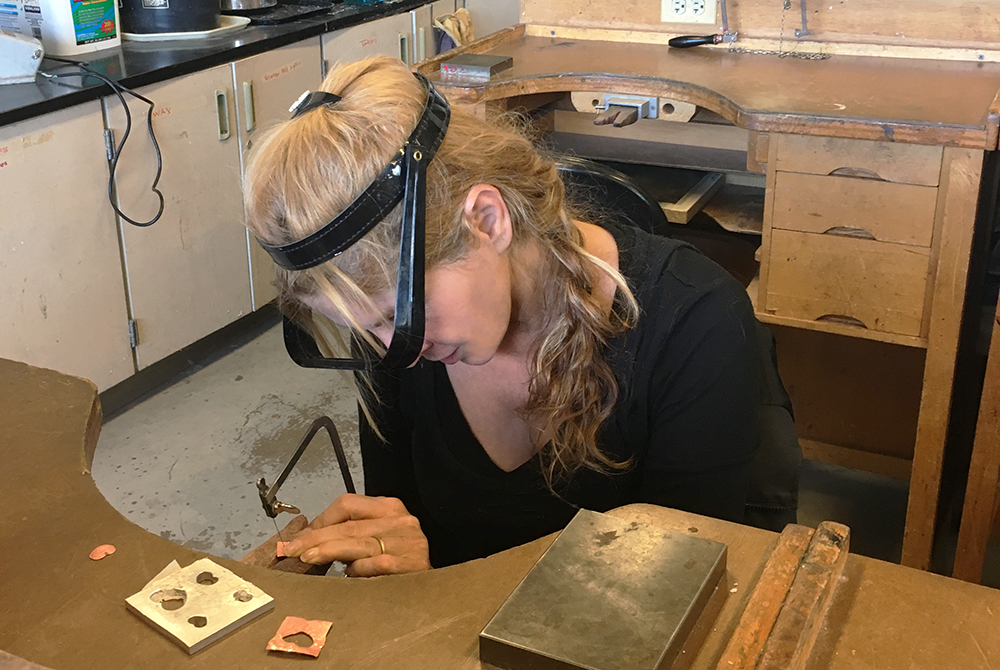 In prehistoric times shells, animals teeth and other found objects were used to adorn the body. About 5000 years ago civilizations started to view it in a more serious light and in countries including Egypt, China and America the wearing of jewelry gradually became a sign of rank. This rank varied from social status; due to the expense of the jewelry, through to religious importance.

The materials used to make jewelry had switched from free natural objects which were found in abundance to rare raw materials which were expensive to mine and required a high level of skill to be turned in to handmade jewelry. Because of this by the seventeenth century the main purpose of jewelry was once again adornment of the body but this decorative function was now only available to a small portion of the populations; the very rich. Precious metals such as platinum and gold and rare gemstones including emeralds, diamonds and rubies were considered highly important in jewelry making. In fact the more difficult and expensive an item was to obtain and work with, the more beautiful it was considered. Of course the jewelry that was crafted out of these materials was absolutely stunning but this was due as much to the incredible skills and individual touches from the craftsmen as it was to the nature of the materials themselves.

Handmade jewelry has a quality which brings a status and importance of its own.

Questioning conventional approaches to jewelry, many metalsmiths have searched beyond precious materials and gems to find new materials for body adornment. Here the value lies in the concept rather than the intrinsic worth of materials. Some jewelers carried techniques from other media into metalwork. Especially effective, is the application of fiber techniques to metal wire.

Around the Victorian era and with the Industrial Revolution manufacturing processes were created to mass produce jewelry. Of course this had significant effect on the cost of producing jewelry and it became available to the majority of the population. With this the significance of jewelry as a status symbol was greatly reduced and it became much more of a fashion accessory. The beauty and quality of the jewelry also became greatly reduced as the mass production took away almost all of the character of handmade jewelry.

Modern jewelry is still very much a fashion accessory and in a world where it is more and more acceptable to be ‘different’, jewelry can be very personal and also a fun and creative way of expressing yourself.

But in a world of mass production I believe that handmade jewelry has never been more important. It can be a very precious object that has been lovingly and individually created and whether it is made from pure gold or recycled plastic it has all of the character and personality that the mass-produced objects lack.